The Port of Oakland’s Board of Port Commissioners approved a non-binding Exclusive Negotiation Term Sheet in May 2019 that gives the Oakland Athletics four years to advance their quest for a baseball stadium and mixed-use project at Howard Terminal. The Term Sheet is not a decision to build the ballpark project, but only preliminary terms and conditions for continued negotiation.  A report in the Board's May 13, 2019 meeting agenda that details the term sheet can be found on the Port’s web site.

The Port of Oakland and the Oakland Athletics have been in negotiations since 2017 over their proposed project.  The A’s have stated their intention to build a 35,000-seat baseball stadium to replace their current home at the Oakland Coliseum.  The A’s also plan to build commercial offices, retail space, a hotel, and residential housing. Here’s the proposed site. 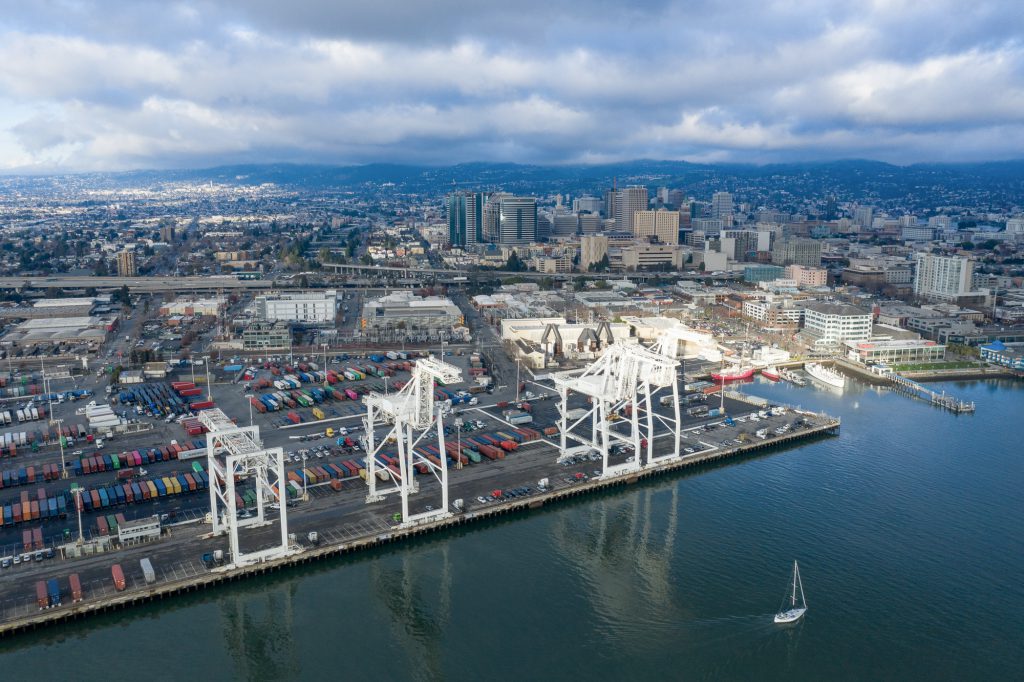 Howard Terminal at Port of Oakland

The ballpark would be situated on The Oakland Estuary adjacent to the Port’s Jack London Square entertainment district at the Howard Terminal site. Howard Terminal is currently one of six marine terminals at the Port of Oakland. It was last used for container cargo operations in 2013.  The terminal is currently used for vessel berthing, truck and container parking and depot operations, training of longshore workers and other logistics services that support Port operations. The 50-acre site is separated from any adjacent Port-owned maritime terminal acreage by Schnitzer Steel, a metal recycling operation. Here’s a map showing the Port of Oakland seaport with Howard Terminal in the southeastern corner.

The Port has identified potential benefits from the project that include:

The term sheet imposes requirements on the baseball team before the Port’s seven-member governing Board would consider a final ballpark vote.  Among them:

The term sheet does not commit the Port to the ballpark project.  It states that no binding agreements would be considered before the A’s meet their obligations.

Maritime industry stakeholders (including terminal and warehouse operators, labor and truck drivers) have expressed concerns about the proposed ballpark. The concerns center primarily on:

In response to these concerns, the Port, in its term sheet, has stipulated conditions: