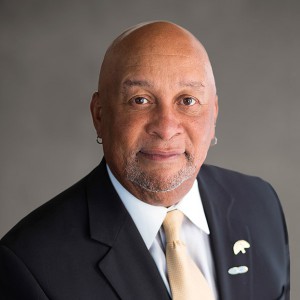 Upon graduating from the University of Missouri in 1975 and working in Minneapolis and Chicago for Fortune 500 companies, Mr. Butner settled in Oakland in 1981, working for a local beverage distributorship. By age 33, he became the youngest owner of an Anheuser-Busch wholesale operation in the country. Through acquisitions and expansions, Mr. Butner more than tripled the size of Horizon Beverage Company revenues, placing it among Black Enterprise's "Top 100 Black Owned Businesses" nationally.

Mr. Butner sold his business in 2015 and funded his charitable foundation – the “Cestra Butner Family Foundation.” The foundation is dedicated to funding educational efforts and opportunities for underserved African American and Hispanic youth in Oakland.

Commissioner Butner lives in Oakland with his wife Teresa and two daughters Raquel and Andrea. He has served on the boards of the East Bay YMCA, Oakland Metropolitan Chamber of Commerce, and as president of Sequoyah Country Club.