Port of Oakland exec: ‘We have great confidence in this city’

Port of Oakland Exec: 'We have great confidence in this city' 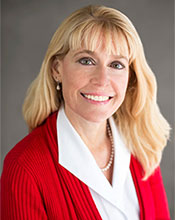 Oakland, CA - December 15, 2015: This city's booming and the Port of Oakland is contributing greatly to the clamor. That was the message a top Port executive delivered today to 500 business and civic leaders.

Her remarks came as builders, bureaucrats and business executives declared that Oakland's time has come. Their proof: thousands of housing units scheduled for construction, new business openings and a decision by tech behemoth Uber to locate in Oakland.

Ms. Kershaw highlighted three events in the past week that she said underscore the Port's contribution to the resurgence:

"We're very excited about these developments," she said. "And we take seriously the role we will play in Oakland's future."

The director said the Port is advancing critical infrastructure projects in each of its business lines: Aviation, Real Estate and Maritime. Renovations to the airport's Terminal 1 - where international flights depart - are well underway, she said. The seaport plans to begin constructing a 370,000-square-foot Cool Port Logistics Complex next spring for refrigerated cargo. And negotiations are underway to build a new hotel at Embarcadero Cove down the road from Jack London Square.

"Infrastructure may not sound sexy, but it's sexy to us," said Ms. Kershaw. "It means we're ready to grow with the city."