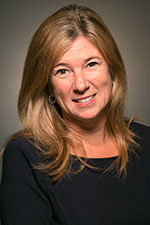 “Thanks to her industry background, Beth understands the needs of shippers, ocean carriers and marine terminal operators,” said the Port’s Maritime Director, John Driscoll. “She’s the ideal person to help us improve customer service and grow our business.”

Ms. Frisher joins the Port from Danish-based A.P. Moller-Maersk Group, parent of Maersk Line, the world’s largest container shipping line. She spent 18 years with the company in the U.S. and Copenhagen. Most recently she had been Director of Marketing and Communications for Maersk Line, Limited, the company’s U.S. government business subsidiary.

A graduate of Duke University with an MBA from the University of North Carolina, Ms. Frisher will lead the effort to drive additional containerized shipping cargo through the Port of Oakland. The Port handles approximately $41 billion worth of trade every year. It’s the third-largest U.S. gateway in California for containerized trade.