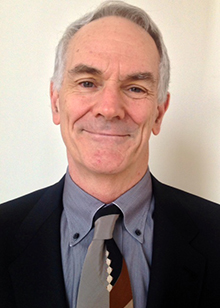 Oakland, CA – October 8, 2014 – The Port of Oakland has named Mike Zampa as Director of Communications. He’ll be responsible for all internal and external communications at the nation’s fifth-busiest container sea port.

Mr. Zampa has more than 25 years of communications experience including eight years within the maritime sector. He worked previously for container shipping line APL and its Singapore-based parent company, NOL Group. Before APL, Mr. Zampa was the Senior Vice President of Communications Services at Bank of America overseeing Internal Communications, Media Relations, and Marketing Communications where he managed all internal communications during one of the largest U.S. financial services mergers in history, Bank of America and Nation's Bank.

“Mike is a proven communicator with global management experience,” said Port of Oakland Executive Director Chris Lytle. “His background in maritime and finance will help the port realize its strategic goals.”

Mr. Zampa has worked in the San Francisco Bay Area, Singapore and Jakarta. He began his career in journalism and worked as Managing Editor of the Contra Costa Times newspaper. Most recently he was Director of Communications for the Indonesian pulp and paper manufacturer Asia Pacific Resources International.