“This effectively marks the launch of the Port’s Seaport Logistics Complex, a long-awaited re-use of land that was once occupied by the US Army,” said Port of Oakland Executive Director Danny Wan. “The warehouse construction supported local jobs and now with a tenant moving in, that means more jobs being generated here in Oakland.”

PCC Logistics is headquartered in the city of San Leandro, California, the next city south of Oakland. PCC serves customers who ship their goods to and from the West Coast domestically and internationally. CenterPoint Landing is the name of the new warehouse.

Activating CenterPoint Landing means the first phase of the redevelopment of the former Oakland Army Base is done. The 27-acre location is an exceptional site for shippers because the facility is located within the Port of Oakland footprint providing ready access to Oakland’s marine terminals, rail facilities, and highways. 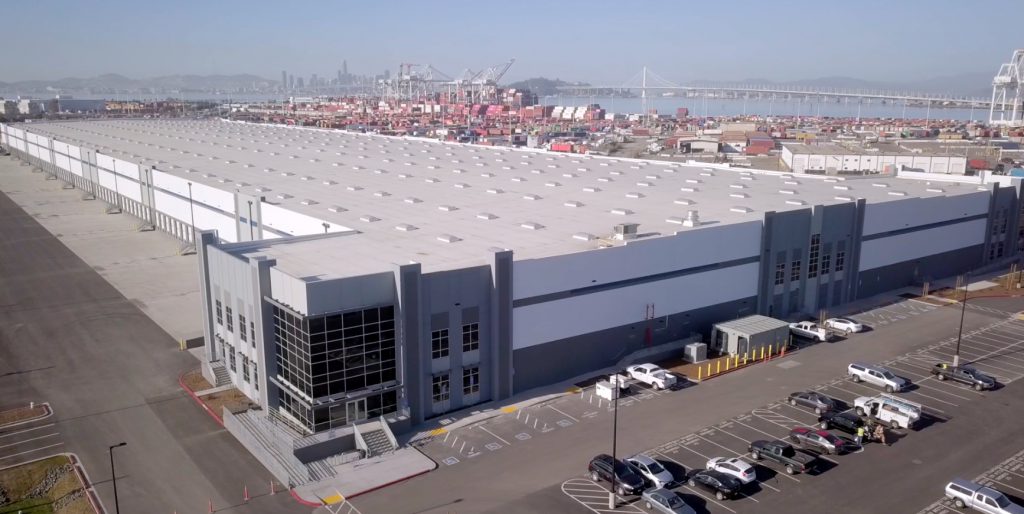 “The new warehouse operation, being so close to marine and rail terminals, will be efficient for moving cargo through Oakland,” said Port of Oakland Maritime Director Bryan Brandes. “This is a vision the Port has had for more than a decade and now it’s coming to fruition at just the right time.” The increase in import cargo during the pandemic has been putting stress on all the major U.S. West Coast ports. The new facility will help ease the flow of goods at the Oakland Seaport.

Transloading, the process of transferring cargo between international and domestic modes of transportation, is common near West Coast ports; however, Oakland will now become one of the few ports in the U.S. where transloading can occur within the Port area.