Oakland, Calif. – February 12, 2021: The Port of Oakland today announced that CMA CGM, a world leader in shipping and logistics, marked the beginning of its first direct vessel service linking China and Oakland,CA, with the arrival of the ship AFRICA FOUR today.

“This opens up so many possibilities,” said Port of Oakland Maritime Director Bryan Brandes. “Our customers can significantly improve the transit time for getting their products to consumers with a first-call and also use Oakland to reach the U.S. interior through our rail connections.” 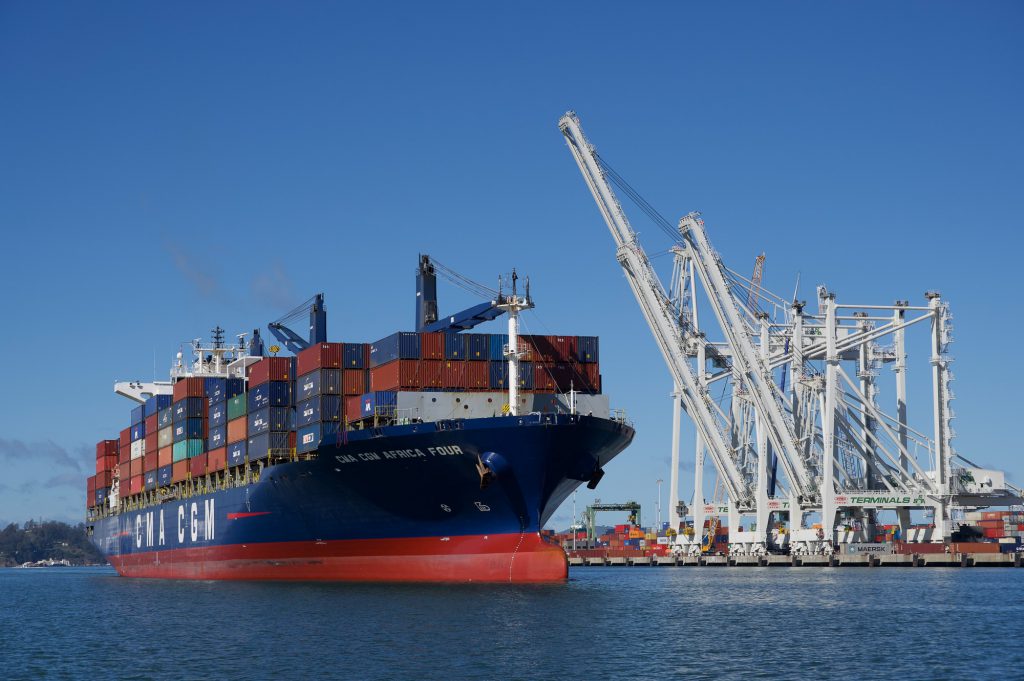 Oakland will become the first U.S. stop for ships in the new weekly Golden Gate Bridge service. The shipping route connects the ports of Shanghai, Yantian and Kaohsiung in China to Oakland. Ships in the service will sail from Asia straight to the Port of Oakland and then call Seattle before returning to China. It has been more than a decade since Oakland offered a first-call service to U.S. importers. The service is expected to increase containerized cargo volume in Oakland.

“The CMA CGM Group is pleased to introduce this Golden Gate Bridge service as we seek new ways to provide our customers with differentiated services, fast transit times and efficient access to their inland destinations,” said Ed Aldridge, President of CMA CGM America and APL North America. “We look forward to working closely with the Port of Oakland to help customers increase their speed to market and infuse more consistency into their supply chains.”

First-call service is expected to increase rail cargo shipments from Oakland, the Port said. Imports destined for interior destinations such as Chicago or Memphis are usually discharged on the West Coast and shipped by rail. Due to the added transit time for rail, first-call service is critical and the Port of Oakland has ample rail capacity for inland cargo.

Oakland’s first-call service is a response to the significant e-commerce growth in the U.S. Distributors are locating depots near the Port to reach online shippers in western states, and the Golden Gate Bridge service will provide great value for online retailers as their cargo can be discharged at a ship’s first U.S. stop.

Additional details of the first-call Golden Gate Bridge service below:

*One TEU = the equivalent of a twenty-foot container