Port of Oakland cargo volume up while vessel congestion continues

Oakland, Calif – June 17, 2021: The Port of Oakland continues to move its cargo volume numbers toward record territory. At the same time, more cargo presents enormous operating challenges for marine terminals and ocean carriers at Oakland and at major ports around the world.

The Port reported today that it handled the equivalent of 1.08 million 20-foot containers from January through May, an all-time high. At that pace, Oakland said annual volume could surpass 2.6 million boxes for the first time ever in 2021.

“We're in unchartered waters; record cargo volume coming through U.S. West Coast ports and a pandemic issue at a port in China are creating vessel congestion in both regions," said Port of Oakland Maritime Director Bryan Brandes. News reports indicate that a COVID-19 outbreak at the Port of Yantian in China has disrupted cargo operations. The ripple effect from the incident has resulted in vessel congestion at multiple ports in south China. 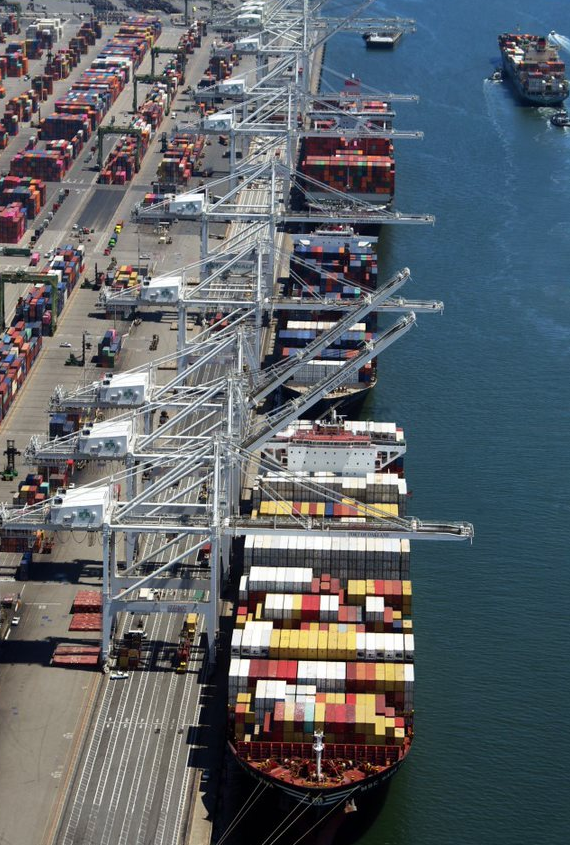 The Port of Oakland reported a 26% jump in containerized imports last month compared to May 2020. Exports were up 7% the Port said. The numbers are the latest affirmation that Asia-U.S. trade continues to grow, despite all the supply chain challenges.

Driven by consumer demand, U.S. imports passing through Oakland have increased 20 percent this year, the Port said. Most of that cargo originated in China or neighboring Asian countries, it explained.

Export volume through the first five months of 2021 is down 1 percent at Oakland, the Port said. It attributed the performance to a shortage of containers and space on Asia-bound ships early this year.

Trade growth has pushed ocean freight rates to all-time highs, the Port said. It added that shipping lines do not have enough vessel space to meet demand. According to the Port, soaring rates and supply/demand imbalance foreshadow a continued import surge in Oakland and uncertainty for the BCOs (Beneficial Cargo Owners).

"These are trying times for our tenants and customers, basically everyone involved in the supply chain,” added Bryan Brandes. “We appreciate our colleagues in the maritime and logistics industries for their tireless efforts to keep goods moving during the pandemic."

According to the Port, surging trade continues to create a vessel backlog in Oakland. Ships sometimes wait days at anchor in San Francisco Bay due to berth crowding, the Port said. It said the congestion should begin to ease by the fall because the Port expects more dockworkers to be hired and fully trained in the coming weeks.