Port of Oakland gets business/civic leader as Commissioner

Oakland, Calif. – October 19, 2018: Longtime business and civic leader Yui Hay Lee has joined the Port of Oakland’s Board of Port Commissioners. Mr. Lee was sworn in yesterday to a seat on the seven-member Board. 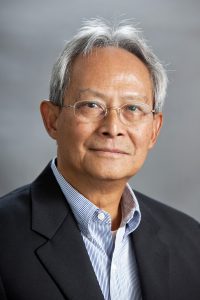 Mr. Lee, President and CEO of Oakland-based YHLA Architects, was nominated by Oakland Mayor Libby Schaaf and appointed by the City Council. He replaces eight-year Board veteran Alan Yee, whose latest term expired.

“We’re delighted to welcome Yui Hay Lee to our Board,” said President Ces Butner. “He brings a strong business background, exceptional planning and development experience and a commitment to the community.”

Mr. Lee founded his architectural firm in 1980. He served as a Commissioner on the Oakland/Alameda County Coliseum Authority from 2007-2018. Mr. Lee was a member of the Oakland Landmarks Preservation Advisory Board under Mayor Jerry Brown. He also served on the Oakland Planning Commission from 1991-1994 under Mayor Elihu Harris and was elected Chairman in 1993.

Mr. Lee was born in China and raised in Hong Kong. He graduated with a Bachelor’s Degree in Architecture at Miami University in Oxford, Ohio. Mr. Lee was also awarded a scholarship to the Ecole Des Beaux Arts in Fontainebleu, France where he received a diploma in Architecture with honors. He received his Master of Architecture in Urban Design at Harvard University.

“Commissioner Lee is a man of integrity who will bring his experience from both the Planning and Coliseum Authority Board to the Port of Oakland,” Mayor Schaaf said.  “The Port of Oakland in an important agency that not only oversees our seaport but also the airport, real estate and other interests of the Port. Commissioner Lee’s connection to the Asian and business communities will be beneficial to the Port’s doing business with multinational corporations.”

About the Port of Oakland
The Port of Oakland oversees the Oakland Seaport, Oakland International Airport and nearly 20 miles of waterfront including Jack London Square. The Port's 5-year strategic plan - Growth with Care - pairs business expansion with community benefits, envisioning more jobs and economic stimulus as the Port grows. Together with its business partners, the Port supports more than 73,000 jobs in the region and nearly 827,000 jobs across the United States. Connect with the Port of Oakland and Oakland International Airport through Facebook, or with the Port on Twitter, YouTube, and at www.portofoakland.com.