"This federal funding supports critical security initiatives that serve Port workers, our community and our business partners," said Port of Oakland Facilities Security Officer Troy Hosmer. “These projects will improve our ability to prevent, respond and recover from incidents at our seaport.” 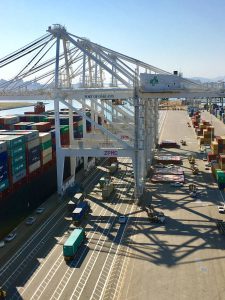 The $1.8M will support these security initiatives in Oakland:

The grant requires the Port of Oakland to pay 25 percent of $2.4 million, the total estimated cost of the projects, and complete them within three years.