The Ted Bushelman Legacy Award for Creativity and Excellence recognizes the values, accomplishments and creativity of airport marketing and communications professionals. Since the inception of the award in 2008, an individual is periodically chosen from airports throughout North America for the award based on their lifetime body of work serving airport marketing and communications. This is the first time that an individual from an airport within the state of California has been awarded the Ted Bushelman Legacy Award. 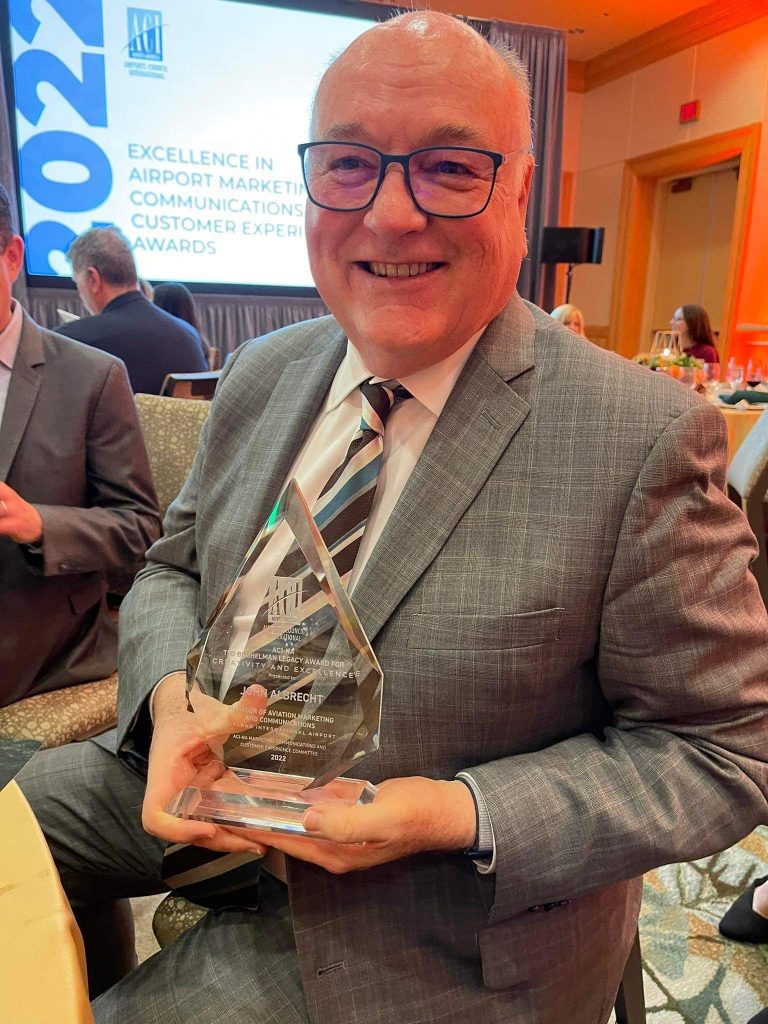 As Aviation Marketing Manager, Mr. Albrecht leads the airport's marketing and communications team that manages air service development, advertising, and public communications. He has held that position with the Port of Oakland for 14 years. Key developments during Mr. Albrecht’s tenure at OAK include:

“On behalf of the Aviation Division of the Port of Oakland, I congratulate John for his excellent work in promoting Oakland International Airport over the past 14 years,” says Bryant L. Francis, Director of Aviation at the Port of Oakland. “Throughout the past decade and a half, John and his team have held steadfast on the mission to share with the world the myriad benefits of using OAK as a gateway and what it means to Fly the East Bay Way.”

Albrecht also held roles at Harry Reid International Airport in Las Vegas and at Reno-Tahoe International Airport. He also had an accomplished airline career spanning 19 years and was the Regional Vice President of North America and South Pacific at Aloha Airlines which operated the world’s first Boeing 737-700 on extended transoceanic operations between Hawaii and OAK before expanding to other West Coast destinations.

OAK & About is Oakland International Airport’s monthly e-newsletter, which introduced a redesign and content refresh in January of 2022. OAK & About offers over 70,000 subscribers interesting stories from the airport and greater East Bay, showcasing not only the benefits of flying OAK but the benefits of visiting and living here as well. Interested in signing up to receive OAK & About in your inbox every month? Sign up here!

Contact - Members of the Press and Media Only
Kaley Skantz - Airport Spokesperson, kskantz@portoakland.com