Oakland, CA – Nov. 20, 2019: Jack London Square announced this week that it's getting a 40,000-square-foot, indoor market hall next summer. A number of celebrity chefs have already signed on to the project at 55 Harrison St. along the Port of Oakland’s waterfront. 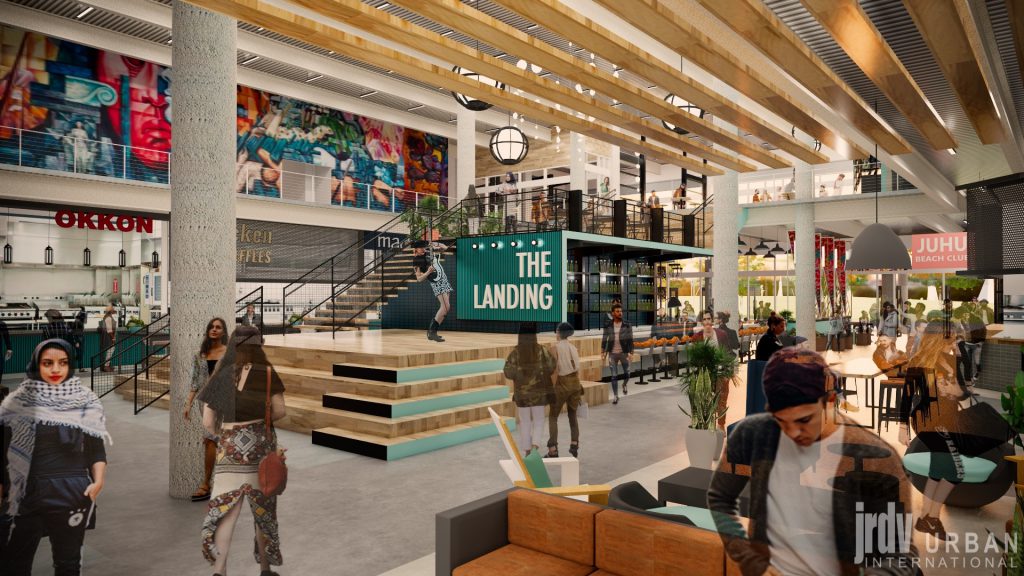 “We’re excited to see this concept coming to Jack London Square,” said Port of Oakland Commercial Real Estate Director Pamela Kershaw. “Adding a big market will make the Square even more attractive as a food-lover's destination and a fun place to be.” Jack London Square has been a special spot for the dining public since the 1950’s.

The market hall will be known as Oakland Assembly. It will be a two-story home to ventures with well-known Bay Area chefs including Reem Assil, Preeti Mistry, Satoshi and Sachi Kamamae, Anthony Kresge, Abram Plaut and Tomoharu Shono, and Matt Horn. In addition to local food and beverage purveyors, the market will have family-friendly entertainment and community events according to John McEnery IV of Oakland Assembly.

Plans for the space include an indoor stage, a second-floor banquet hall and balcony, and outdoor dining areas. The long-term lease with Kinzie Bridge Holdings is led by John McEnery IV. It will be his third and largest market concept, after San Pedro Square Market in San Jose and Abbott Square Market in Santa Cruz.

Oakland Assembly will enhance the foodie's experience at Jack London Square when it’s added to the existing line-up of restaurants, food-themed festivals and Sunday farmers’ market. New entertainment and community events at the market hall will create more reasons for visitors to meet family and friends at the waterfront, a top, nighttime entertainment district.

About the Port of Oakland
The Port of Oakland oversees the Oakland Seaport, Oakland International Airport, and nearly 20 miles of waterfront including Jack London Square. The Port's 5-year strategic plan - Growth with Care - pairs business expansion with community benefits, envisioning more jobs and economic stimulus as the Port grows. Together with its business partners, the Port supports more than 84,000 jobs in the region. Connect with the Port of Oakland and Oakland International Airport through Facebook, or with the Port on Twitter, YouTube, and at www.portofoakland.com.