Biggest container cranes ever on the way to Port of Oakland

Oakland, CA - December 22, 2020: Towering new cranes are coming to the Port of Oakland to handle the massive ships calling the seaport. These new cranes will be the tallest ever at Oakland, and rank among the largest in the U.S.

Stevedoring Services of America (SSA) is investing in the three giant cranes for its marine terminal at Oakland (Oakland International Container Terminal - OICT). The huge container cranes are coming on a ship that is designed to accommodate these enormous workhorses of the maritime industry.

"These cranes will keep the Port of Oakland competitive so that we can continue to attract the largest vessels calling North America," said Port of Oakland Executive Director Danny Wan. "Ultimately, bigger cranes at our waterfront translate into maritime and related jobs for the region."

SSA ordered the cranes from Shanghai-based ZPMC. They are expected to arrive at the end of this month.

“Taller cranes are needed for efficiently handling cargo that arrives on ultra-large container ships,” said SSA Containers President Edward DeNike. “This new infrastructure is a commitment to the Port that we will continue our maritime business at Oakland well into the future.” 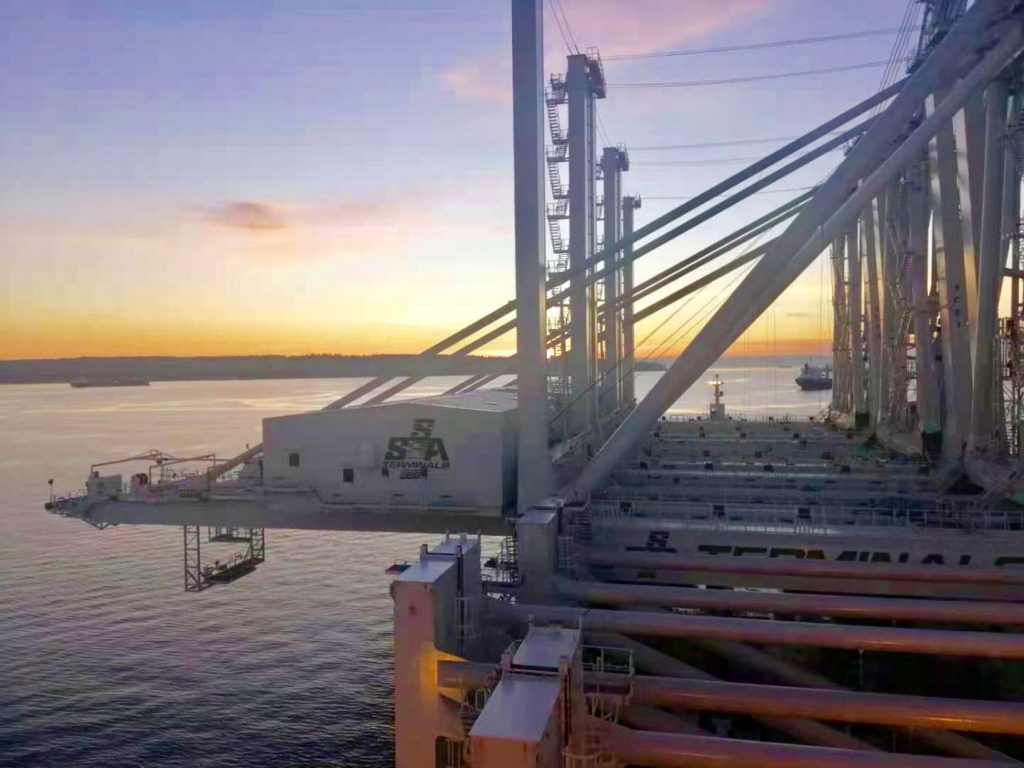 According to SSA, its new cranes would have a lift height of 174 feet above the dock. They would be able to reach 225 feet across a ship’s deck. When the crane booms are in the raised position, they will soar more than 400 feet above the wharf. SSA operates 10 cranes at Oakland International Container Terminal. The Port said it would remove three older cranes from the terminal when the new ones arrive.

“There’s no better demonstration of our maritime partner’s faith in the Port of Oakland, than investing in these huge ship-to-shore cranes,” said Port of Oakland Maritime Director Bryan Brandes. SSA's investment in the three new cranes is valued at $30 million.