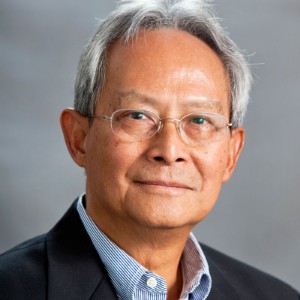 Yui Hay Lee was elected First Vice President of the Board of Port Commissioners on July 7, 2022. Previously, he held the position of Second Vice President from July 2020 to July 2022, after joining the Board in October 2018. Yui Hay Lee is former President and CEO of YHLA Architects, an Oakland-based architectural and planning firm founded by Mr. Lee in 1980.

Mr. Lee was born in China and raised in Hong Kong. In 1964, he was awarded a scholarship to the Ecole Des Beaux Arts in Fontainebleu, France where he earned a diploma in Architecture with honors. Mr. Lee graduated with a Bachelor’s Degree in Architecture at Miami University in Oxford, Ohio in 1965. He received his Master of Architecture in Urban Design at Harvard University in 1967.

Mr. Lee has been active in his local community where he served as a commissioner on the Oakland/Alameda County Coliseum Authority from 2007-2018. He was a member of the Oakland Landmarks Preservation Advisory Board under Mayor Jerry Brown. He also served on the Oakland Planning Commission from 1991-1994 under Mayor Elihu Harris, where he was elected its Chairman in 1993. Mr. Lee served on the Boards of the Oakland Metropolitan Chamber of Commerce, Oakland Asian Cultural Center, Summit Hospitals Foundation of Oakland, and Oakland Consolidated Chinese Association.