Oakland, CA: (March 19, 2018) – When beginning his tenure at Oakland International Airport (OAK) two years ago this month, a featured Forbes.com writer penned him the “Ultimate Airport Guy.” Director Bryant L. Francis, C.M. has proven such at OAK, bringing with him an extensive career of Aviation experience and leadership, a record number of destinations from Oakland, and now representation for Oakland on the American Association of Airport Executives (AAAE) Policy Review Committee (PRC). 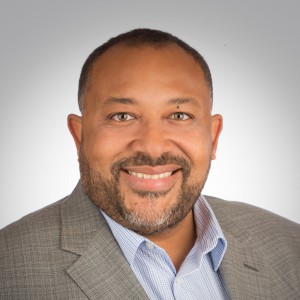 Members of the PRC are appointed for an initial four-year term with the purpose of involving key airport leaders from outside the AAAE Board of Directors to be involved in AAAE’s development of legislative/regulatory positions and association policy issues.

Director Francis is one of three new members of the PRC, which now consists of 23 members, each appointed with the goal of providing focus on key airport legislative and regulatory matters. The group represents about 5% of the roughly 400 commercial service airports in the US, and exists to help to achieve broader representation by AAAE in its policy influence.

Of his appointment, Director Francis notes, “It is an honor to join my esteemed colleagues in this charge. Having been part of multiple airport organizations across the country, I understand the nuances of this industry, and how important representation is when it comes to policy development. I’m very proud to take this seat representing the Port of Oakland, and I look forward to the important work which lies ahead.”

Francis leads a staff of more than 200 at Oakland International Airport. The Airport is the second-busiest in the San Francisco Bay Area for commercial passengers and No. 1 in the Bay Area for air cargo. Before joining the Port of Oakland, Francis was the Airport Director in Long Beach, California, and was previously Director of Airports in Shreveport, Louisiana. He also served in executive capacities at airports in Boise, Detroit, and Palm Springs, having begun his career in Atlanta.

In addition to AAAE, Francis is a member of the Airports Council International – North America (ACI-NA) Board of Directors. He holds a Bachelor of Science degree in Aviation Management from Embry-Riddle Aeronautical University in Daytona Beach, Florida.

Oakland International is the fourth busiest airport in California and second busiest in the San Francisco Bay Area. Serving over 13 million travelers annually, OAK is the closest airport to the region’s top business and tourism venues. It is also the closest airport for most local residents.

Oakland’s air service roster to over 60 nonstop destinations is offered on 14 different airline brands – seven of which operate with OAK as their sole gateway into the San Francisco Bay region.