OAK’s improved perimeter dike will protect the airport against floods and sea level rise for decades.

Oakland, Calif. – May 24, 2022: The $30 million Airport Perimeter Dike Improvement Project Phase 1 is now complete at Oakland International Airport, which will provide protection against flooding and sea level rise at the airport for the next 30-35 years.

The Airport Perimeter Dike (APD) provides flood and shoreline protection for Oakland International Airport. It is approximately 4.5 miles long and runs along the Airport shoreline between the Cities of Alameda and San Leandro.

“The improvements made to the Oakland International Airport’s perimeter dike further protects the airport from the devastating effects we are seeing caused by global climate change. Stronger storms, and devastating flooding are only some of the reasons we need to reinforce our critical infrastructure in the coming decades. The $25 Billion that I supported for airports in the President’s Bipartisan Infrastructure Law is only the latest investment Congress has provided to prepare our nation’s airports for the future,” says Congresswoman Barbara Lee (CA-13).

“The completion of the Airport Perimeter Dike Improvement Project sets OAK up to support smooth airport operations for the next 30-35 years,” said Bryant L. Francis, Director of Aviation at the Port of Oakland. “The extra foot in height in addition to the FEMA requirement provides the airport more protection as it relates to projected sea-level rise in the coming years. This is just another example of our resiliency efforts to ensure that OAK is prepared for the challenges that the future may bring.” 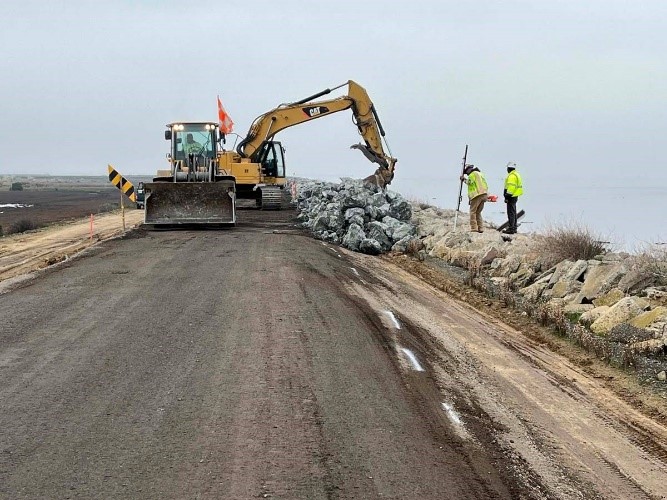 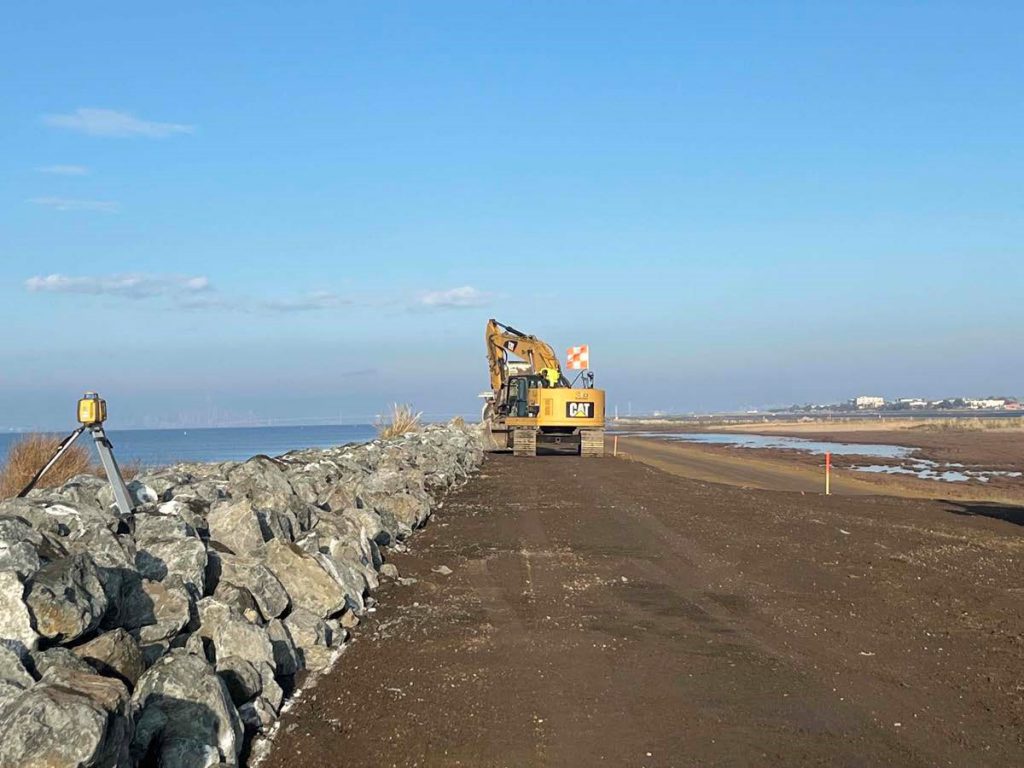 The APD is comprised primarily of sand, gravel, and clay. Construction of the original APD began in the 1950s as the south field of the airport surrounded by bay waters, was constructed for passenger air service facilities. Structural improvements to the APD were made in the 1980s, as the dike requires structural maintenance and improvements approximately every 30 years.

Construction on the recently completed APD Improvement Project Phase 1 began during early 2020 and took approximately two years to complete. In order to meet FEMA regulations, OAK made improvements to the dike to enhance its stability and raise the height of the dike to further secure the airport against flooding. In addition to the FEMA required modifications, the airport also raised the dike an additional 12 inches above the standard to account for the effects of sea level rise due to global warming.

The total cost of the APD Improvement Project was approximately $30 million. The project was partially funded by two grants from the State of California under its Local Levee Assistance Program that totaled $6.4 million. The remainder of the project was self-funded by the Port of Oakland.

Earthquakes are an unavoidable feature of the Bay Area’s risk landscape. The second phase of the APD Project, to improve its earthquake resiliency, is scheduled to begin later next year. In this phase, additional support columns will be installed for the dike that are specifically designed to mitigate the effects of seismic events on the APD and the airport as a whole.

OAK is looking forward to working with the Federal Aviation Administration (FAA) to leverage and use funding opportunities created by the Infrastructure Investment and Jobs Act (BIL) to support critical infrastructure needs of this type.

Updates about travel during the COVID19 pandemic, current departure and arrival information, airport maps, and details about on-airport parking, shopping and dining and more, can be found at  www.oaklandairport.com. Follow us on Facebook, Twitter, and Instagram.