The Port rang in the new year of 2016 by celebrating the arrival of cargo megaship CMA CGM Benjamin Franklin, the largest container ship of this capacity, ever to call at any port in the U.S. She measured an impressive 1,300 feet long and 177 feet tall — longer than the Empire State Building is tall, and wider than a football field. To prepare for her arrival, berths and channels had to be dredged to 50-foot depths and crane heights had to be raised.

We load and discharge more than 99 percent of the containerized goods moving through Northern California, the nation's fourth largest metropolitan area. Our cargo volume makes us the fifth busiest container port in the United States. Five container terminals and two intermodal rail facilities serve the Oakland waterfront. The Union Pacific and BNSF railroad facilities are located adjacent to the heart of the marine terminal area to provide reliable, efficient movement of cargo between the marine terminals or transload facilities, and the intermodal rail facilities.

The Port continues to expand and innovate with its flagship Oakland Global Trade and Logistics Center located on the former Oakland Army Base Port. This $1.2 billion project includes an intermodal rail terminal, a new bulk marine terminal, 30 acres of truck parking and service areas, 2 million square feet of new warehouse space and a new recycling center. Thousands of jobs are being generated while our infrastructure is optimized to help us maintain our competitive edge. 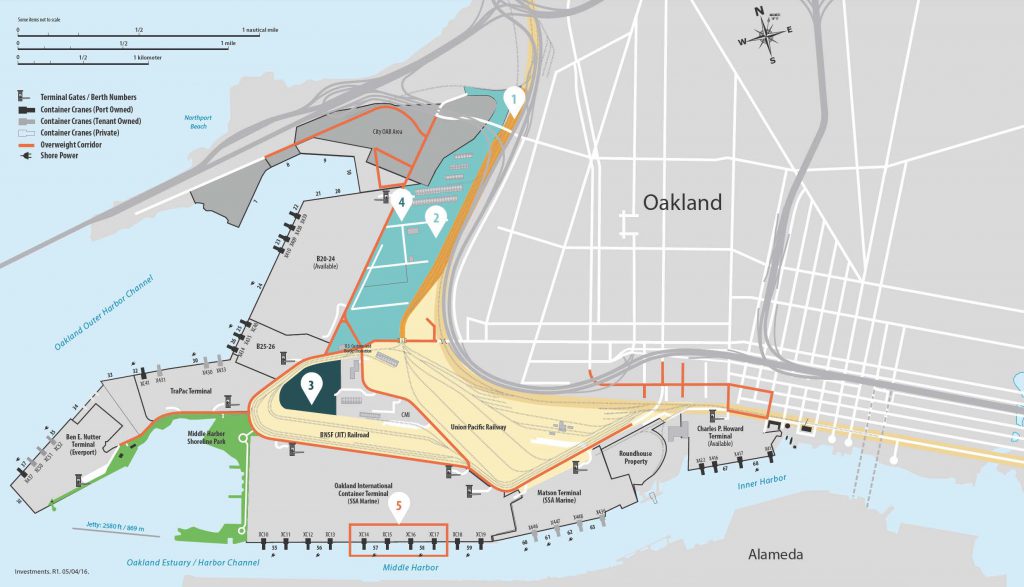