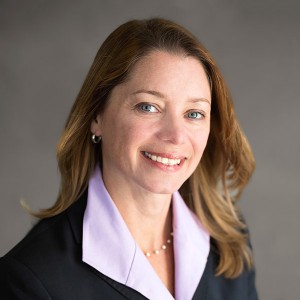 Jean Banker is the Port's Principal Assistant to the Executive Director. Prior to this position Ms. Banker has served as the Port's Deputy Executive Director, Acting Maritime Director, and Manager of Finance and Administrative Services for the Maritime Division. She has been with the Port since August, 2007. Ms. Banker has worked in public service and transportation policy for the past 22 years. Prior to joining the Port, Ms. Banker worked for 13 years as Deputy Director of Capital Programs for the New York Metropolitan Transportation Authority (MTA) where she assisted in getting approval of nearly $4 billion of Federal New Start funds for two of the MTA's large expansion projects. Ms. Banker holds a Bachelor of Arts degree from Vassar College and a Master's in Public Policy from Harvard's Kennedy School of Government. She lives in Oakland with her husband and their two children.