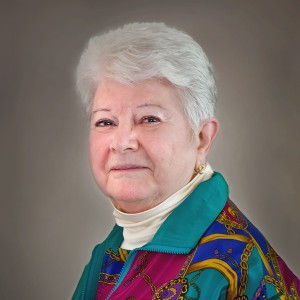 Commissioner Arabella Martinez joined the Oakland Board of Port Commissioners in February 2016. She is the founder and first CEO of the Unity Council in Oakland, CA and she spearheaded the Fruitvale Village project.  Over 15 years her work generated more than $200 million in support of the Unity Council, its transit village development and open space initiatives. After retiring from the Unity Council in 2005, Ms. Martinez joined the Latino Community Foundation (LCF) Board of Trustees. In 2O14 she became LCF’s interim CEO to help build the Latino philanthropic institution in California. In 1977 President Jimmy Carter appointed Ms. Martinez Assistant Secretary for the Office of Human Development Services, U.S. Department of Health, Education and Welfare, making her the first Latina appointed to a sub-cabinet level position in the history of the nation. Martinez is a graduate of UC Berkeley and received a Master of Social Welfare (MSW) from UC Berkeley in 1966.

Ms. Martinez has served on more than two dozen boards including Oakland Business Development Corporation, Metropolitan Transportation Commission Advisory Committee and the National Council of La Raza. Martinez currently serves as the Vice Chair of LCF’s Board of Trustees and Raza Development Fund. She has also been recognized with more than 25 honors and awards at local and national levels over her extensive career including the Oakland Tribune’s Oakland Citizen of the Year, the National Council of La Raza’s President’s Award, the San Francisco’s League of Women Voters’, “A Woman Who Could Be President”, and the California Alumni Association’s “Excellence in Achievement Award.”